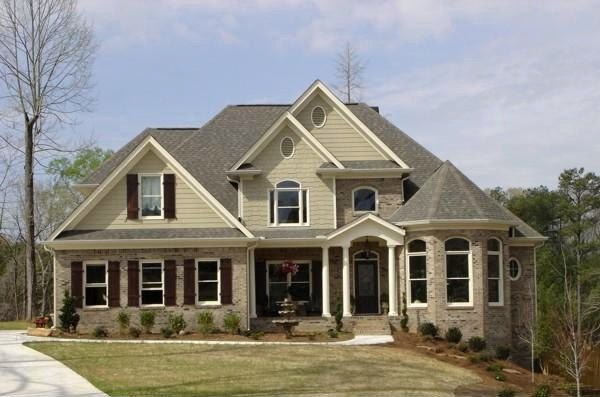 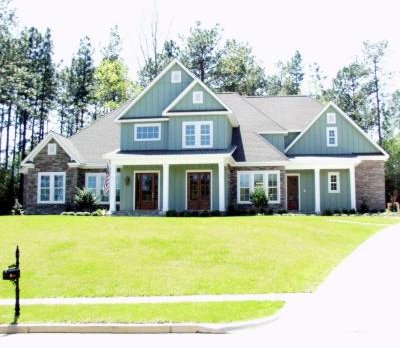 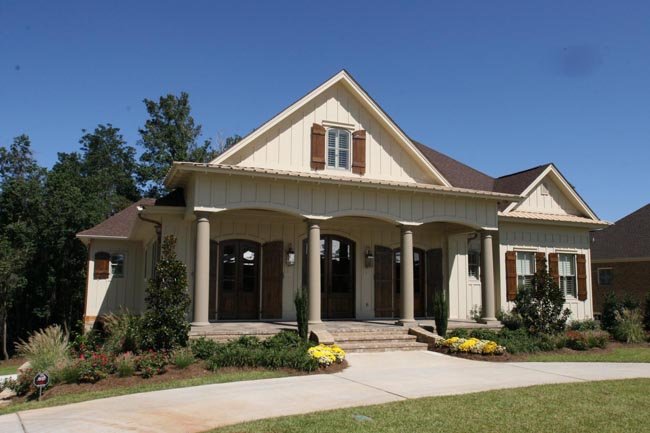 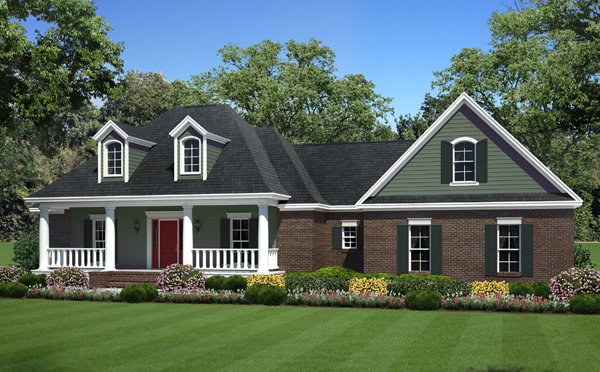 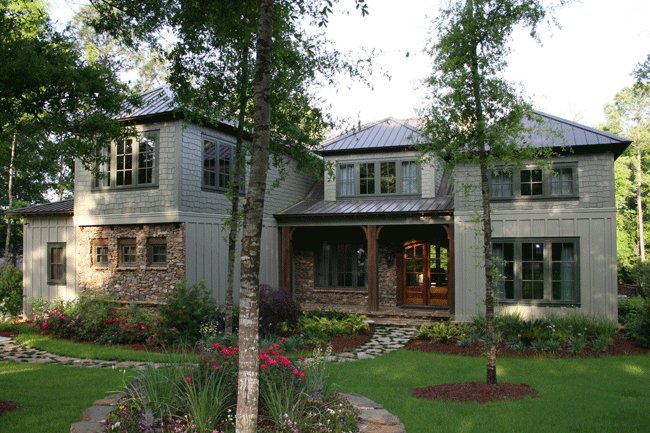 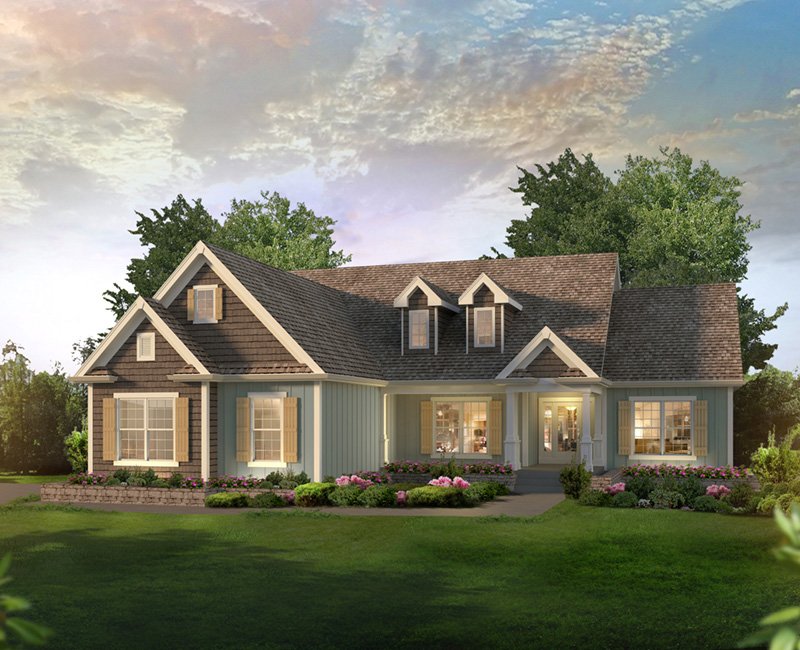 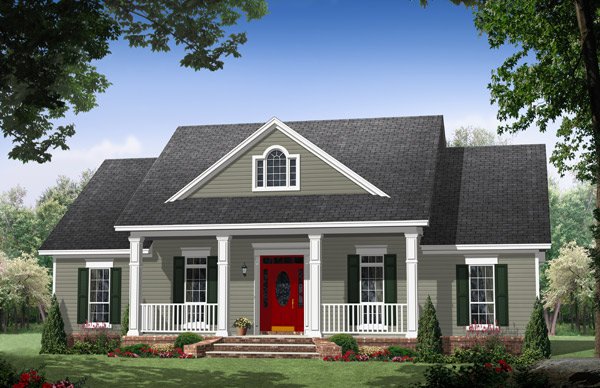 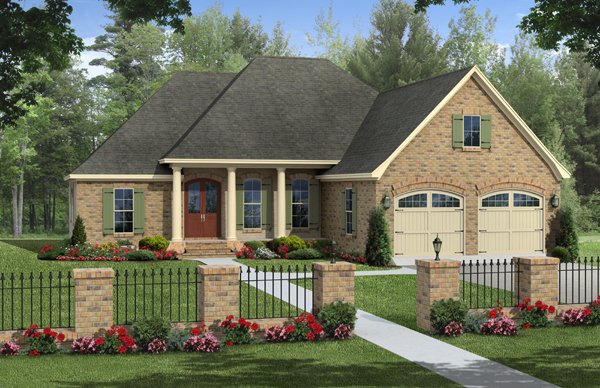 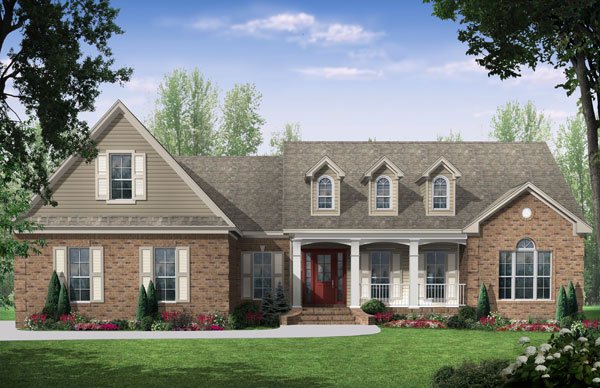 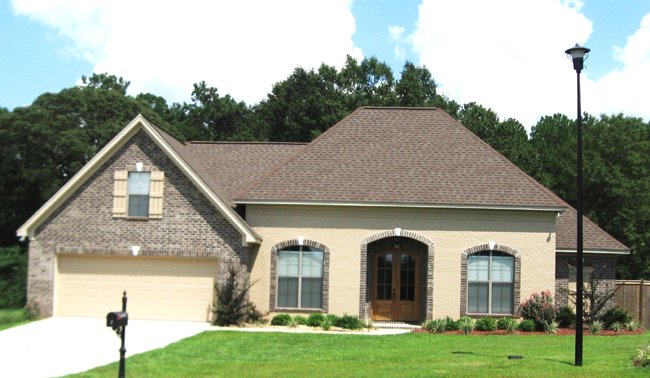 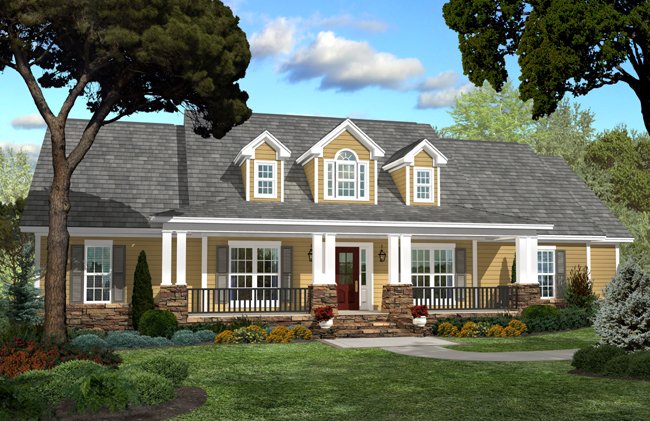 Stately and graceful, English Country home plans are a popular choice. These homes can be a little bit rustic without being too unrefined. They often feature outdoor decorative elements, natural materials, and tasteful architectural designs.

English Country homes are as the name implies, and take cues from the rural mansions that once graced the countrysides of England and other parts of Europe. These holiday abodes largely resemble castles, but on a smaller scale. They were fortified with walls, turrets, and towers as they housed feudal lords and other lower forms of royalty. These medieval Tudor homes exuded wealth and privilege.

But as more families joined the upper class these homes evolved. Their architectural features became more ornamental and less protective. The turrets and towers remained, as did a baroque design and neoclassical architecture. Gentlemen’s Engligh Country homes were a bit ostentatious and certainly grand.

The charm embodied by English Country homes can be added to nearly any size house. The architectural features draw heavily from Gothic style homes and have enjoyed continued use throughout history in a form known as Tudor Revival.

Asymmetrical
These homes usually do not have symmetrical features. Gables, dormers, and windows don’t mirror each other from one side of the house to the other. A central feature is often the entryway. It is commonly somewhat grand and covered by an eave.

Steeply Pitched Roof
Though some may have only a moderate pitch, most are steep. A cross-gabled roof is also very common. Cross gable means that two, or sometimes more, roof lines with a gable at one end, intersect. The intersection typically consists of two roof ridges that meet perpendicular to one another.

Another popular form of roof, though less commonly seen in home plans, is a jerkinhead or clipped gable. Instead of the top of the gable forming a point, there is a flat line where it appears to be “clipped off” and the sides gently slope away. A parapeted gable is perhaps the least common but still prominent enough to deserve mention. This type of gable occurs when the wall of the gable extends up and beyond the roofline. The portion rising above the roof may be carved into a striking silhouette.

Finally, English Country roofs commonly have dormers. The dormers can be petite or broad and the roof overhang is sometimes curved.

Nearly any type of roofing material can be used in an English Country style home. Those who desire to be authentic to the architecture may want to use a faux thatched roof. This roof uses false dry vegetation to cover the exterior and wrap around the eaves; creating a beautiful story-book appearance.

Exterior Materials
Just as with the roof there are a handful of materials that may be used on the exterior of an English Country home. Brick and siding are the most common. Siding is popular because English Country homes typically employ decorative half-timbering, especially on the upper floors. Still, examples can be found with stucco, wood shakes, and stone.

Windows
Windows are prevalent in these home plans. They will either be tall and slim or in bands, such is the case if used in a dormer. Double-hung windows or casements are common with each separate frame being separated by lead or wood.

Chimneys
A prominent and over-scaled chimney is another English Country home must-have. In most cases, these are made of brick and include decorative features topped with an embellished chimney pot. A chimney pot is typically a clay cylinder that forms a sort of smokestack atop a chimney.

Interior
The inside of the home usually doesn’t have an open floor plan but instead cozy, sectioned off spaces. A few may be quaint but more often than not inside these homes are tastefully eccentric. Ostentatious and aristocratic flavor blend with comfort and functionality. Wallpaper, patterns, victorian decor, and artifacts, as well as quirky furnishings, are popular.

English Country homes can be broken up into a few different categories, even though they all share numerous similarities. Tudor Revival homes are more palatial and grand than quaint and cozy English Country Cottages. Storybook English Country homes have a few more elaborate decorations including turrets, half-round doors, and ornate woodwork. Each example is reminiscent of the abodes dotting the European countryside.

English Country homes have definite curb appeal. Their charm is unsurpassed, making them a welcome addition to any neighborhood. Inside they have ample room for families to spread out and entertain. The steeply pitched roof provides extra interior space, often in the form of an attic. They are also great at shedding water and not holding snow and ice thanks to a steeply pitched roof.

Fit for a Member of the Queens Court

But their style and charm live on in the Tudor Revival type houses found across the United States. These homes are perfect for nearly any size family and are a classic home plan that isn’t likely to fall out of favor anytime soon.